Reading is fundamental – – something to be encouraged – – nurtured from an early age. It is through reading we learn to write, broaden our vocabulary, expand our thinking beyond our own points of view, learn to express ourselves in different ways and so much more!

What does reading mean to/do for you? Would love to hear your thoughts…

Thought this was too clever. Abstract but honest way of looking at how reading is so impactful. Download as much as you can.

Hope it brings you a bit of encouragement as you navigate this crazy world – –  finding beauty amid the chaos!

Let’s just get this out of the way from the start:

It does not refer to a nice big fat tax return-as wonderous as those can be and certainly have been in times past.

And, no, really not crazy enough to enjoy the process of filing, even though we adore our brilliantly efficient accountant and hubby-surprise, surprise-enjoys busting her chops every year.

And she enjoys rapid-fire typing of numbers and assets and deductions, and, with delighted smirks, slaying us with surprises of her own.

Last time, it was the fact that despite spending most of the year on unemployment, we recieved a pretty dandy return neither of us expected.

The evening commute home was a scramble as people rushed and crushed onto the train fighting for a place to sit or stand.  A last-minute couple pushed through the door dropping tourist maps in their haste. Forced by the crowd to split up, the man went one way and the woman another.

The woman sat down in the last vacant seat next to where I stood and began to refold maps. Beside her sat a well-dressed business woman who appeared to read something work-related even after a day at the office. The two glanced briefly at each other, said nothing, and went back to their tasks of reading and map folding.

Things calmed as the train doors shut and people settled into seats or places to stand. As we waited for the train to depart, only the rustling of newspapers or the occasional ring of a cell phone could be heard…

Always wanted a rotisserie cooker but never got around to getting one. So great to discover I can make a rotisserie chicken at home without one. Yum!

I hardly ever pick up a Rotisserie Chicken when I’m out and about. And it’s not that I don’t enjoy one when I do have one. There’s just something about that juicy, salty deliciousness. I think it’s more that I’m just so used to cooking from scratch, it just doesn’t’ occur to me. But what if I could make my own Rotisserie-Style Chicken (No Rotisserie Needed) at home? 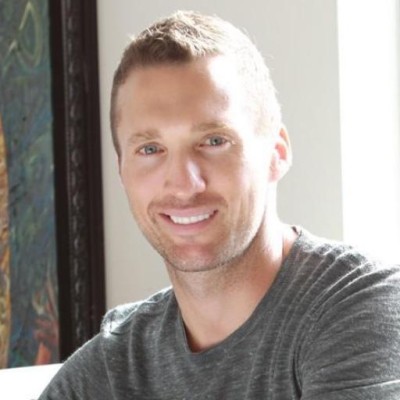 As a young entrepreneur I often get asked this question: “How do you deal with ____________ (insert word here: pressure, people, balance, challenges, family, etc)?”

What they’re really asking is, how do you deal with all these things, all at once. It’s a good question; one I’ve struggled with myself.

In the past year I saw my effectiveness increase significantly, while the challenges I needed to deal with were more dramatic than I had ever experienced. How did I deal with losing my stepfather unexpectedly, my mother falling down a flight of stairs a few weeks later (she is still on life support today), being a father to a son diagnosed with autism, and running a company with extreme growing pains (we grew from $20M in Quarter 1, 2011 to $136.7M in sales, Quarter 1, of 2012)?

Psychology defines compartmentalization as a defense mechanism, or a coping strategy, which doesn’t impart a very good connotation. Put simply, it’s how our minds deal with conflicting internal standpoints simultaneously. Some examples would be: a doctor who is religious, but has to separate her belief system from her practice at a women’s health clinic; a man who leaves his office at 6pm, and refuses to think about work for the rest of the evening, so he can enjoy his time with his family or, at its extreme, soldiers who need to file away the trauma of horrific events in their minds, so they can continue operating in battle.
Coping strategies are short-term solutions, and they have positive and negative aspects. You want to compartmentalize, but not push out. For instance, those soldiers I just mentioned; pushing out trauma works in combat, but once they come back to their regular lives, they often find those pushed away memories coming back to haunt them, like in cases of Post Traumatic Stress Disorder.
Isolating and focusing on difficult issues separately is something I’ve used my entire life to get through trauma as a result of my upbringing; so one could say this skill was innate, however I never really noticed its implications in business until recently. Last January I first saw its effectiveness as a tool for entrepreneurs when I got hit with having to close the biggest deal of my career that would make my cofounders and I the second largest shareholders inside a public company (NYSE:BTH). I was also fully engaged in learning how to make progress with my son’s autism, fighting the courts to get my mother released from the hospital so I could take her off of life support, and institutionalizing culture in my company while adding hundreds of jobs to our growing employee base.

One of the key reasons I had such a successful year, despite the private and professional paradox, is that I accepted the fact that I had several fulltime focuses, but only a limited amount of emotional and mental energy to devote to each one. Normally entrepreneurs think about their businesses all day long and therefore focus on nothing else. In the past I would have worked on a long list of projects. Instead, I had all these other things that were demanding attention from my mind and heart, and there were only a few events or priorities I was humanly capable of focusing on per day. I learned prioritizing is saying “no” and focusing on only the few things that matter most.

So, to sum it up, here is a five-step system for dealing with adversity and extreme challenges while running a business:

Compartmentalize it. Isolate the issue from all the other challenges you are dealing with.
Apply extreme focus on each compartment, but only for a short period of time.
Move forward in incremental steps. And once you see progress…
Close the compartment and open the next one.
Say “no” to things that don’t deserve a compartment.
As an entrepreneur you’re going to have to compartmentalize your entire life. The stress of being a father (or mother), potentially running out of money, being rejected by an investor (or several investors), getting involved in lawsuits, or having public opinion suddenly sway against you or your company—even balancing your dating life with everything else (I fail at this one, miserably). In short, as a business owner, you’re going to get hit by big traumatic, potentially harmful, or life ending events, sometimes in succession. Your ability to compartmentalize, prioritize, and focus enough time on each area in order to make incremental progress towards a conclusion will be your most important skill set to achieve significant success.

This is my leaving advice to my fellow entrepreneurs: open, focus, and then close the compartment. Most entrepreneurs cannot open up a compartment, see slight progress in it, and then close it. They’re too emotionally attached. They fail to accept small incremental steps in matters that weigh heavy on the heart. Like entrepreneurs that blow up their business when their marriage fails, or quit working when things don’t go their way. My favorite excuse is the economy, and I know this excuse very well. It actually forced me to shut down the “Excuse Department” in my company. If your Excuse Department is still open, and you’re letting traumatic events affect your business, it will kill it.

Here’s a visual for compartmentalization; pretend as if everything you’re dealing with in your life is a room where you have to walk in and solve an equation on a white board. You have a countdown clock with less than an hour to get the problem solved, or take a single step in the right direction, and then shut the door and go into another room equally as important. You spend your entire life going from compartment to compartment.

Sounds sleepless, doesn’t it? A lot of you are probably asking—with this strategy how do I sleep at night? Is there a bedroom in this compartment analogy? In my system, yes there is, and that compartment gets about four hours of my time every night…and it tends to dream about all the other compartments.

Forbes Article by Ryan Blair, CEO of ViSalus, a serial entrepreneur and New York Times bestselling author of “Nothing to Lose, Everything to Gain: How I Went from Gang Member to Multimillionaire Entrepreneur.” Follow Ryan on Twitter @ryanblair or Facebook.

More about the article: http://www.forbes.com/sites/ryanblair/2012/06/26/5-steps-of-compartmentalization/