If you had to list the five most important things in your life, what would those things be?

Sometimes, taking a moment to put things in perspective makes us realize what really matters in this life. Are your priorities in the right place?

These are questions I’ve been asking myself lately as I make a major shift in my life. Scary decisions need to be made, and I must admit I don’t have all the answers, but I’m trusting God to see me through this and calling this venture a ‘Faith Mission’.

Thanks as always for stopping by. 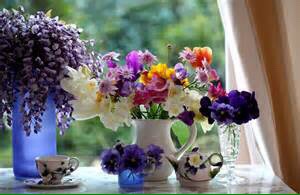 I long to feel your lips,

I long to feel your skin.

The thoughts of you make me glow…

I long to be with you mentally and spiritually.

I long to hold your hand.

The thoughts of you make me ecstatic…

I long to be lost in your sensual soul.

I long to hear your sweet voice.

The thoughts of you make me teary eyed…

I long to touch your smile.

I long to be with you.

The thoughts of you make me whole..

She was the typical city girl —
Never cared much for the country life.
A friend’s request to escape for the weekend
Was met with some resistence
But in the end there she was on a huge ranch.

She slept in the first day
Waking to the sweltering 10am sun.
Too hot to do much outdoors by end of breakfast,
So indoors she stayed til the sun took the heat with it.

She admired the moon and stars;
Enjoyed the coolness of the night;
Resolved to rise early perchance to explore —
To discover the hidden treasures of her surroundings.

She rose early as promised,
Packed a basket of goodies,
And in ‘red ridinghood’ fashion set out for the day.
Impressed,  they all looked on in amazement —
Which one of them would have to rescue her?

The day wore on towards the setting sun.
She had not returned. They feared the worst.
They set out to search,  spread out in many directions —
Calling her name; no response; their hope grew wary.

Then,  there she was, finally found,
Laying in a field of cucumbers fast asleep!
I guess she discovered her treasure — How strange!
Who knew a city girl would find cucumbers so fascinating?

The incandescent light
hangs over her head.
She is being questioned
and she doesn’t know why.

The questions they ask
make no sense.
The people of whom they inquire
are unfamiliar to her.

She is baffled
by the circumstances.
She sees herself in photos
with people she’s never met
and in places she’s never been.

She is clearly being set up
but by whom?
She is convinced she is
a victim of mistaken identity.

Ronan Keating is a former member of the band Boyzone. They were Europes pop boy band sensation.

I like the lyrics and the message of this song “This I promise you”.

She thought what she found
Was the best she ever had!
She never wanted to take
Any of it for granted.
She wanted to do things differently!

She made every effort
To make it a priority.
She wanted it to last forever,
But unfortunately
She was just an option.

She kept hoping and praying
It would one day be
More than just a ‘thought’.
She was certain what she found
Was the best she ever had!

But forever isn’t possible
Without making certain things
A priority.
How could something so right
Still turn out so wrong?