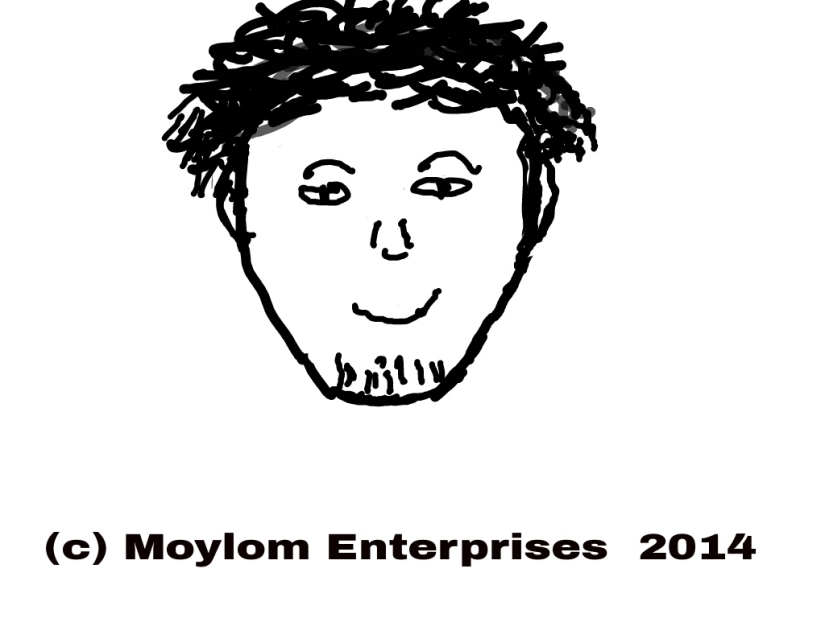 I’ve seen his face before… Perhaps on this same train… Not sure. I’ve always been drawn to him – to his face, not out of attraction but because of its peculiar shape – an upside down pear.

“What an oddly shaped head! ” I’ve always thought. But then I reconsider, ” what if he thinks my head is oddly shaped too? ” Then I smiled as I pondered my silliness and remembered that we were all beautifully and wonderfully made by our Almighty creator.

So the next time I see that familiar face I will see it in a new way – – something beautiful – – a work of art!

Sometimes I save shipping boxes for little projects in progress as a way of keeping things contained and out of the reach of my young one. And once in a while I just give her the box to play with, because as we all know, an empty box is sooo much cooler to play with than an actual toy!

Today I had 4 boxes, 3 big ones I kept for myself and my various projects and a smaller one I gave to her. Well apparently she had big plans for that box. She sat in it playing peekaboo with the dog; poked holes in it with her pencil; put a necklace on it; then sat in it for a while making noisy car sounds. Then out of the blue I heard her cry out, “Bad box, bad box, why won’t you be my bed?” I peeped around the corner from my desk to investigate and saw she was upset that the box was too small.

Apparently, she had high hopes of having that box also be her bed. Poor thing, I felt so bad that I allowed her to have one of the bigger boxes. In it she was now able to put a pillow and a couple toys. Now her pretend bed was a reality and she beamed with delight!

A child’s mind is full of such wonder and possibility, it is up to us to nurture their creativity as best we can. Creative play forces them to use the imagination, to develop problem solving skills and ultimately learn to think outside the box. Or in this case to think “inside the box”! 🙂

When was the last time you helped to nurture someone else’s creativity? Would love to hear your story…